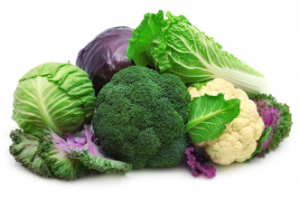 Alpha lipoic acid is a vitamin-like compound produced within mitochondria, where it acts as a regulating coenzyme. A form of alpha lipoic acid is found in foods like brewer’s yeast, liver, kidney, spinach and broccoli, but none of the food sources actually raise tissue levels of ALA. Thus, virtually all alpha lipoic acid available today is created in a laboratory.

And that’s just for starters. Alpha lipoic acid enhances energy production by stimulating AMPK, and as you would guess, also improves glucose disposal, making it a remarkably effective nutrient for anyone with prediabetes, type 2 diabetes or Metabolic Syndrome.

If that’s not enough reason to supplement with alpha lipoic acid, it can also help you lose weight by telling the liver and muscles to burn fat.[ii] Research has also revealed ALA benefits in immunity, strength, endurance and cardiovascular health.[iii]

Translation Alpha lipoic acid has been shown in animals and humans to be a potent and multi-faceted metabolic modifier.

Cruciferous vegetables contain a compound known as indole-3-carbinol or I3C. When ingested, I3C is converted to the active metabolite known as diindolylmethane or DIM.

DHEA is known as the most comprehensive repair signal in human physiology. Synergy with DIM is based on:

Indole-3-carbinol as a chemopreventive and anti-cancer agent

[4] The Journal of Steroid Biochemistry and Molecular Biology

Modulation of CYP19 expression by cabbage juices and their active components: indole-3-carbinol and 3,3′-diindolylmethene in human breast epithelial cell lines