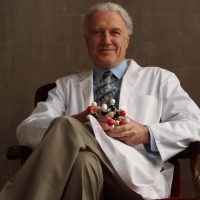 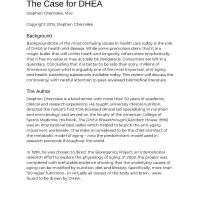 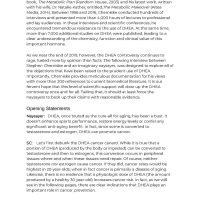 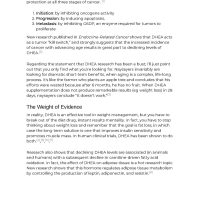 The Case for DHEA

This 65 page e-book is not “light evening reading.” It is a comprehensive review of DHEA in human physiology, along with a meticulously referenced debunk of every objection that has been raised to the prudent use of supplemental DHEA.  The Case for DHEA is the definitive answer to every naysayer, be it your doctor, neighbor or biochemist brother-in-law. Accurate information is the most important tool we have to expose the conspiracy of silence and nonsense that has been misleading the public for more than 25 years.

One of the most confusing issues in health care today is the role of DHEA in health and disease. While some promoters claim that it is a magic bullet that will confer heath and longevity, others state emphatically that it has no value or may actually be dangerous. Consumers are left in a quandary. Concluding that it is better to be safe than sorry, millions of Americans ignore what is arguably one of the most important anti-aging and health-sustaining substances available today. This review will discuss the controversy, with careful attention to peer-reviewed biomedical literature.

The Author
Stephen Cherniske is a biochemist with more than 50 years of academic, clinical and research experience. He taught university clinical nutrition, directed the nation’s ????rst FDA-licensed clinical lab specializing in nutrition and immunology, and served on the faculty of the American College of Sports Medicine. His book, The DHEA  Breakthrough (Random House 1996) was an international best-seller which helped to launch the anti-aging movement worldwide. Cherniske is considered to be the chief architect of the metabolic model of aging – now the predominant model used in research protocols throughout the world.

In 1998, he was chosen to direct the Bioregenics Project, an international research effort to explore the physiology of aging. In 2002, the project was completed with irrefutable evidence showing that the underlying causes of aging can be modied by nutrition, diet and lifestyle. Specically, more than 150 repair functions – in virtually all tissues of the body and brain – were found to be driven by DHEA.

This remarkable four year research project formed the basis for his next book, The Metabolic Plan (Random House, 2003) and his latest work, written with his wife, Dr Natalie Kather, entitled,The Metabolic Makeover (Altea Media, 2014). Between 1996 and 2016, Cherniske conducted hundreds of interviews and presented more than 4,000 hours of lectures to professional and lay audiences. In these interviews and scienti????c conferences, he encountered tremendous resistance to the use of DHEA. At the same time, more than 7,000 additional studies on DHEA were published, leading to a clear understanding of the chemistry, function and clinical value of this important hormone.

As we near the end of 2019, however, the DHEA controversy continues to rage, fueled more by opinion than facts. The following interview between Stephen Cherniske and an imaginary naysayer, was designed to explore all of the objections that have been raised to the prudent use of DHEA. Importantly, Cherniske provides meticulous documentation for his views with more than 200 references to current biomedical literature. It is our fervent hope that this level of scienti????c support will clear up the DHEA controversy once and for all. Failing that, it should at least force the naysayers to back up their claims with reasonable evidence.

Let us know what you think...

What others are saying

There are no contributions yet. 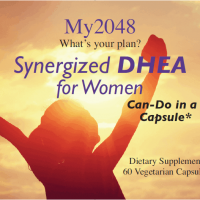 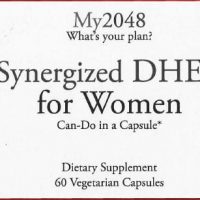 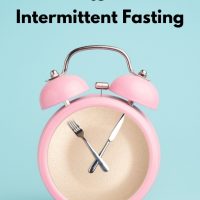 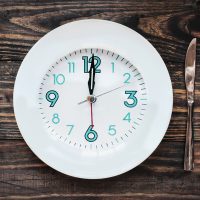 The Complete Guide to Intermittent Fasting 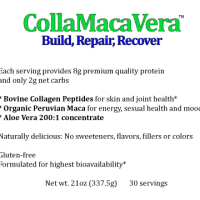 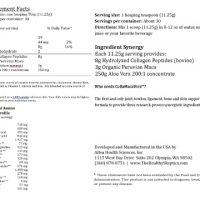 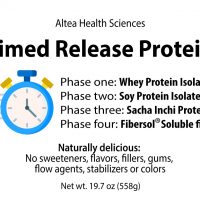 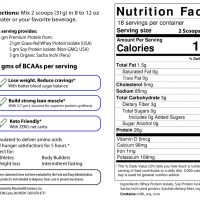 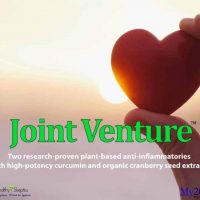 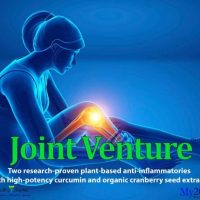 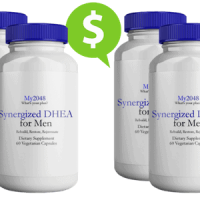 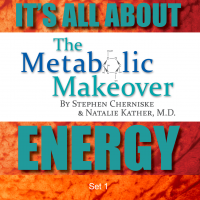 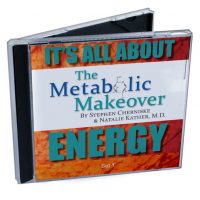 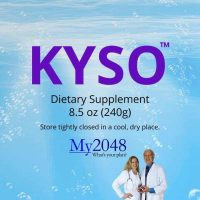 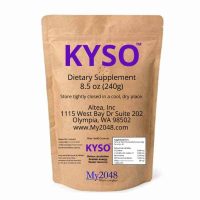 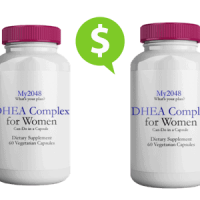 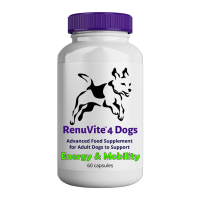 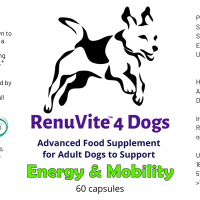 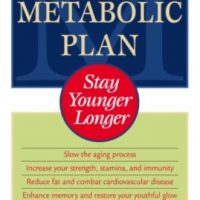